You are here: Home / Entertainment / On the Set of Mistresses + Special Visitor #ABCTVEvent

*I attended this event as a guest of Disney/ABC/DisneyXD and any opinions are 100% my own.

Decor, furniture placements, and accent colors. Things I pay attention to while I’m watching my favorite TV shows. Heck, there are times I miss something that a character says because I’m too busy mentally adding their curtains to my wish list. Never in a million years did I think I would find myself on the set of the hit ABC TV Show, Mistresses, but that’s just where I found myself last month!

We create this image in our heads, or at least I do, of what we think a TV Show Set is like. How real it actually is. I won’t spill all the secrets, but I will say that it is really flippin’ awesome to be ON a TV Set. It’s like being right inside the show! We walked through April’s Shop and unfortunately, no one was working the cash register or I would have bought myself some new pieces! I was quite surprised at how big the shop really was. I figured it was half a room that looks really big. Nope. It’s pretty impressive.

Okay, one little secret….if you were in this picture below and looked to the right, you will see the set of Cougar Town out the window! Actually, this part of April’s Shop once was part of the Cougar Town set. Just a fun little tidbit for you to sip on.

April’s House was another stop on our Mistresses Set Tour. I love all the little touches that make it feel like a real lived in home. How fun would it be to decorate TV Show houses all day long?!

Then we headed over to Savi’s House although it may not be Savi’s house much longer considering she chose Dom. Do you remember the scene in the premiere when Harry was arranging the plates on the hutch? Yep, this is the one. I’d love a hutch like this in my house….when the twins are a lot older.

If you watched the Season 2 Premiere of Mistresses, you know that Harry is no longer with Savi. That means Harry has his own place and we got to visit it as well! This was pretty cool considering viewers didn’t know this information yet and we had to keep our memory cards sealed. Until now!

I want this! All of it, especially the Penguin Shaker!

Yes, that’s Harry’s bathroom. No, I didn’t check to see if the toilet really works.

One of the last stops on the Mistresses Set Tour on the ABC Studio Lot was the Law Office where Savi and Dom work. Although the desk in the scene where they shared their one moment, wasn’t on set. You know I had to ask.

Again, I love all the little touches, like the fact that the pictures on Dom’s desk are of Jason George’s actually family, the actor that plays Dom. Speaking of Jason George………………………………

Jason George was super awesome enough to stop by the Mistresses Set while we were there! Right? He walked in ready to chat and show us around. I won’t lie, my mouth dropped open a bit. After all, he is my eye candy on Grey’s Anatomy. Yep, he is Bailey’s boyfriend too! Can you imagine if there were a crossover and Savi and Bailey went head to head over their man?!

He talked about how much he loved working on Mistresses and the crew was a lot of fun, but my mommy ears perked up when he mentioned that he had twins! Knowing how busy twins make life, I had to ask how he works on two shows and still gets in everything for his family. He said “my wife and I run defense” and coming from another twin parent, that’s the only way it gets done. He returned my question by asking me “how are you here doing this with twins at home?” My response? “I have an amazing husband.” #RunDefense

After we all chatted and toured the Law Office, Jason George flashed his dashing smile for some pics! 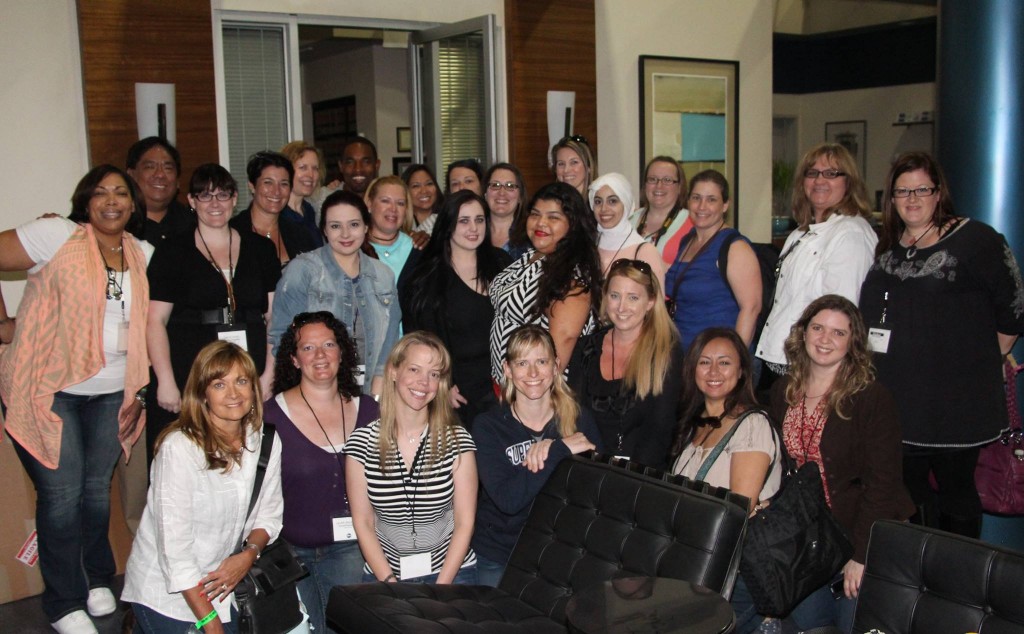 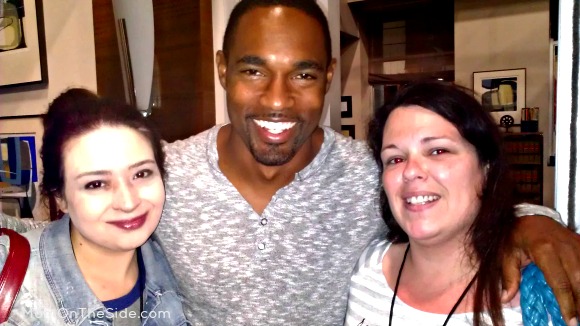 Previous Post: « On Location at a Mistresses Shoot + McHotley Joins the Cast
Next Post: TIME to Read Tuesday: Big Book of When »