You are here: Home / Twins / Multiples Illuminated: The Book Every Parent of Multiples Should Own

When I found out I was having twins, life instantly went full speed ahead. There was the “holy crap this isn’t possible” period but the quickly moved into the “holy crap how can we do this” phase. We still revisit that last phase now and again, and the twins are three. If we had a resource like Multiples Illuminated that I recently received an advanced copy of, I may have had a more REAL understanding for what it’s like to be parents of multiples.

I recognized quickly that a twin pregnancy was a whole other ballgame, not least because what was inside me was basically an octopus, eight limbs poking in all directions. A beloved, two-headed, two-bodied octopus, but still. – Janet McNally

Multiples Illuminated: A Collection of Stories and Advice From Parents of Twins, Triplets and More is a must read for parents that are expecting twins, who have recently had twins, or are the parents of multiples of any age. Some of the most honest and real stories from parents of multiples that I have read, and so many of them made me think “yep, that happened to us”.

Multiples Illuminated is a compelling collection of stories from writers and parents of multiples, as well as expert advice that is a must-have for all parents and grandparents of multiples. It dives deep into the world of raising multiples with beautiful stories and helpful advice. In it, you will find essays on infertility help and hope; finding out and coping with a multiples pregnancy; stories of labor and delivery; stories from the NICU; breastfeeding best practices for multiples; and surviving the infant and toddler stages.

I love the not only is Multiples Illuminated an inside look at the life of parents with multiples, but it is also a great resource of tips on things like having support system in place and what to do with them, must have products, and more. This is a book that you will refer back to many times, especially during pregnancy and those first years with twins.

Becoming a parent is one of life’s defining experiences, but discovering that you’re expecting multiples takes things to a whole new level. It is a time of excitement, anticipation, uncertainty and intense preparation. Even healthy couples with loving households and unlimited resources are going to be stressed and overwhelmed. Caring for human infants is difficult; caring for multiple children simultaneously is, well, intense. – Susan Pinsky

One of my favorite essays in Multiples Illuminated was “The Main Attraction” by Briton Underwood. He talks about one of the things that drove me bananas. Strangers wanting to ooh and aah and touch my twins. Just because they are twins doesn’t mean they are on display to play with and test out. It gets to a point where you can’t leave the house without at least 5 people asking you if they are twins. With my twins being fraternal boy/girl twins, we get that question A LOT.

A trip to the grocery store usually has our hearts blessed four times, three oohs, two people who have to squeal the word “twins!” in a high-pitched voice and a partridge in a pear tree. – Briton Underwood

Another great essay was “All Things, All At Once” by Melanie Sweeney where she talks about the first years. My twins were Baby A and Baby B until we found out genders. From that we knew names and with them being boy/girl we never really had an issue. But when it came to splitting the newborn duties with twins, we were much like Sweeney and her husband. 😀

At night, the babies do not have names. We identify them in proximity to ourselves. My baby, your baby. This baby, that baby. Is your baby asleep? This baby is hungry. Our parenting strategy is man-to-man defense. Our strategy is to divide and conquer, conquer being a relative term. – Melanie Sweeney

For More About Twins, check out these popular posts! 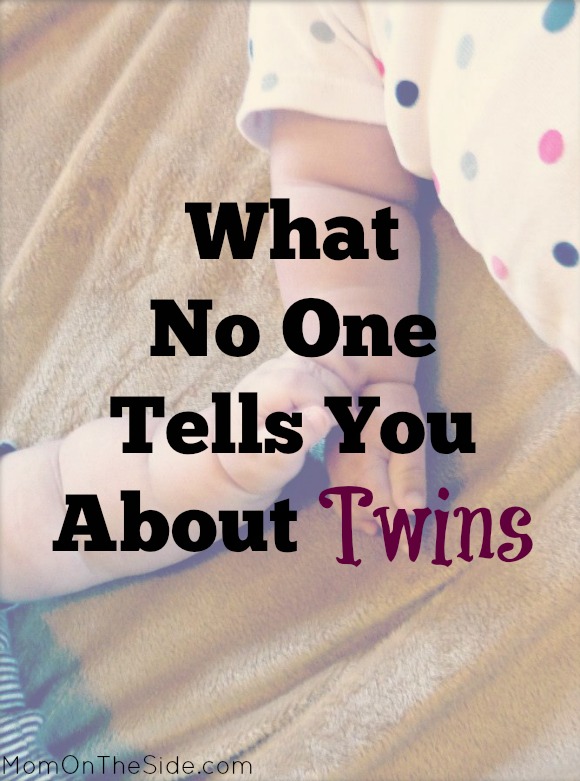 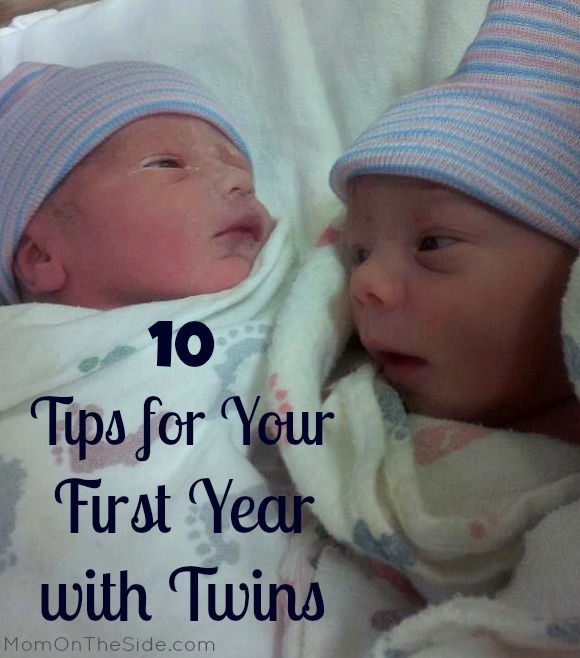